Does Cannabis Affect a Man’s Sperm?

If you’re pregnant or planning to be, tobacco and alcohol are high on the list of things not to use.  But do we need an equally loud message about avoiding cannabis too?

Yes, say some Australian researchers who’ve linked cannabis smoking both before and during pregnancy to a higher risk of preterm birth – and possibly an increased risk of birth defects. It’s a message that should make would-be dads prick up their ears too. Some studies have already found a higher risk of health problems and childhood cancer in the children of fathers who smoke cigarettes. Now research from the University of Western Australia suggests that smoking cannabis can damage sperm’s DNA, potentially increasing the risk of birth defects and childhood cancer.

But let’s start with preterm births. In May, a University of Adelaide study of 5,600 women linked smoking pot up until the 20th week of pregnancy to a five-fold increase in preterm births. The study, led by Professor Claire Roberts from the University’s Robinson Research Institute, followed women from Australia, New Zealand, Ireland and the UK and builds on earlier research from the Institute that found that women who used cannabis before pregnancy were twice as likely to have a preterm birth.

What about the link between marijuana and birth defects?

While cannabis use has been consistently associated with lower birthweight babies and preterm birth it doesn’t appear to raise the risk of miscarriage or abnormalities, according to the Australian Medical Association’s 2014 Position Statement on Cannabis Use. But Associate Professor Stuart Reece of the University of Western Australia’s School of Psychiatry and Neurosciences disagrees.  In a recent review of the evidence linking  THC, the active ingredient in cannabis,  to DNA damage published in Mutation Research: Fundamental and Molecular Mechanisms of Mutagenesis, he and co-author Professor Gary Hulse say that cannabis use by either parent before and during pregnancy may increase the risk of health problems in unborn children by  damaging DNA through a process called chromothripsis – or  ‘chromosomal shattering’.

“Cannabis can slow cell growth which makes it difficult for cells to divide – and this can disrupt fetal growth and the development of organs and limbs,” explains Reece. “Sperm is tomorrow’s Australia so we need to get the message out there.”

He points to a 2007 Hawaiian study looking at live births and fetuses with birth defects over an 18 year period that linked marijuana, cocaine and methamphetamine use to a higher risk of birth defects. According to Reece, it’s one of many studies showing higher rates of congenital defects such as holes in the heart, spina bifida and major defects in the abdominal wall.

However, the Hawaiian study’s authors also make it clear that their research had limitations – it didn’t control for factors such as the use of alcohol or smoking or the level of prenatal care, all of which could influence the findings.

“Most tissues in the body have receptors for THC – it can bind to tissues in the fetus. But we’re all different genetically and different people metabolize toxins differently – it may be that some people are more at risk than others.

“There is mounting evidence to say that you shouldn’t use cannabis if you’re pregnant or planning a pregnancy. But studies looking at the link between cannabis and problems with pregnancy need to be well designed to adjust for diet and other factors like alcohol and cigarettes – and our study is.”

So why there is no loud public health message about cannabis in pregnancy as there is with alcohol and tobacco? After all, around one third of us have used cannabis at some point in our lives according to the National Drug Strategy Household Survey and, says Roberts, it’s the illicit drug women of childbearing age are most likely to use.

“I think it’s partly a perception that pregnant women don’t use drugs – yet 50 per cent of pregnancies aren’t planned and women may be using cannabis not knowing they’re pregnant,” she says. “But raising awareness makes a difference – the numbers of women smoking cigarettes in pregnancy has dropped from over 17 per cent in 2005 to 12 per cent in 2013.”

Paula Goodyer is a Walkey-award winning health writer and twice winner of the Dietitians’ Association of Australia Journalism Award. 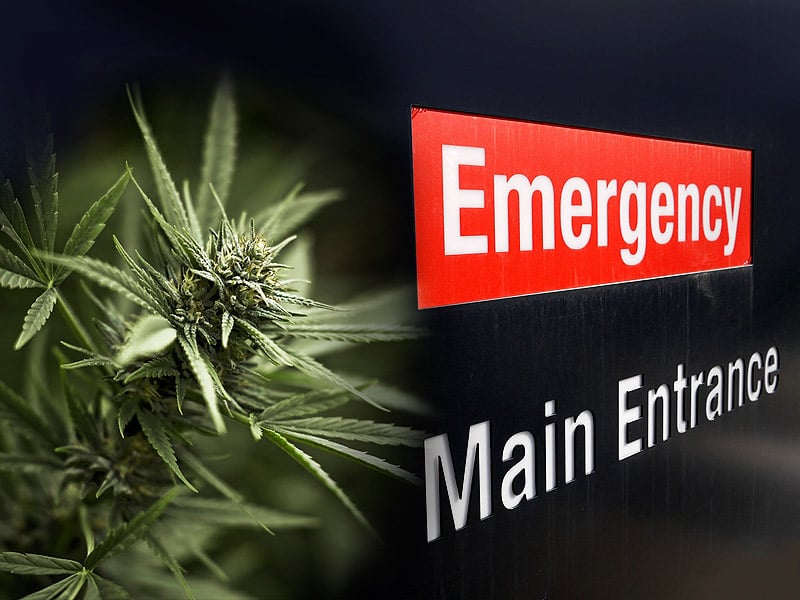